Major tourism destinations in the GCC will increase efforts to target Indian and Chinese inbound tourists, as regional and international guests from Europe continue to feel the acute financial pressures of the challenging global economy. 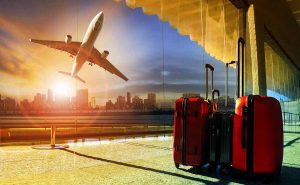 Debrah Dhugga, Managing Director, DUKES London and DUKES Dubai, said: “The GCC is home to a number of globally-recognised tourist attractions and continues to draw visitors from all over the world as a result. As markets in Europe and other GCC countries continue to feel the pressure of low oil prices and depreciated currency rates, it is key that tourism bodies and private sector hospitality, travel and tourism brands continue to explore new markets.

“The growth seen from China and India has driven tourist arrivals across the region over the near past and we have seen this reflected in our recent guest profiles.”

The trend is largely proliferated by increasing levels of personal wealth and a demand for experiential travel.

China is home to 1.4 million high net worth individuals (HNWI), with 146 million working class nationals, representing 19% of the working population, and 90 million urban blue collar workers. Counted together, they represent almost 29% of the population and are the most likely to travel.

India, meanwhile, is home to 433,000 HNWI, with 59 million considered urban middle and educated urban and 97 million counted as urban blue collar workers. Together, they represent almost 31% of the population that is eligible and likely to travel.

“On the one hand, GCC cities are becoming increasingly interested in forging long-lasting relationships with Chinese companies, particularly in the fields of construction, infrastructure planning, oil & gas, and manufacturing. On the other hand, countries such as the UAE and Oman are increasing their efforts to attract Indian leisure tourists, through targeted entertainment offerings and promotional activities, while Saudi Arabia is expected to ramp up the visa quotas for the large Muslim Indian population to visit the holy cities of Makkah and Madinah.”

According to the report, hotels should aim for a volume-driven strategy when tapping the combined Indian and Chinese market, creating culturally tailored experiences in order to boost their reputation in the guest’s home market. For example, an understanding of Chinese social media is critical, as native sites such as Baidu and Weibo are favoured over TripAdvisor and Booking.com.

Azeez Narain, Associate Vice President, Taj Hotels, Resorts, Palaces, Safaris, Indian Hotels Company Ltd, said: “You must keep focused on what you do best, but at the same time remain agile and responsive to the changing market dynamics. Digital technology is a disrupter that didn’t exist 20 years ago. Ten years from now, there could be a different way in which people experience hospitality.

“While your promise of service delivery must always be consistent, you have to be aware of outside influences and changing market demands.”

Specifically, when working to boost Chinese guest numbers, hotels can also apply for a Welcome Chinese certification by adhering to certain standards valued by Chinese guests.

David Thomson, Chief Operating Officer, JA Resorts & Hotels, added: “It is about language and food, but fundamentally it is about service delivery and ensuring you cater to the specific needs of your guests. It’s not simply a box-ticking exercise by saying you have a member of staff who speaks Mandarin, it’s about engaging fully providing a 360 degree guest experience.”

The UAE scored the highest level of compatibility for both nationalities thanks to its blend of modernity and culture, strong trade ties with both countries and growing airlift between major cities.

In both Dubai and Abu Dhabi, India was the top performing source market in 2016. In Dubai, 1.8 million nationals arrived last year compared to 1.6 million in 2015 and in Abu Dhabi, which welcomed a record-breaking 4.4 million visitors in total in 2016, 323,388 were Indian. According to the figures from Abu Dhabi Tourism and Culture Authority, this marked an increase of 15% on 2015.

In Abu Dhabi, plans to attract 600,000 Chinese tourists a year by 2021 would represent a 265% increase on the figures recorded for the first nine months of 2016, according to data from the emirate’s Tourism and Culture Authority.

Oman, which demonstrated the highest compatibility with corporate arrivals, welcomed 299,568 Indian tourists to the Sultanate in 2016. Numbers increased 17% in 2015 compared to 2014 and, over the last five years, Oman has seen an increase of 60% in the number of arrivals from India.

Capitalising on its breath-taking scenery, Oman is also working to promote itself as a wedding destination to tourists from West Bengal and Kolkata.

In Qatar, Indian visitors enjoyed a higher compatibility across all four visitor types, with the country now the second largest source market after Saudi Arabia. Numbers are expected to grow in line with the launch of several high-profile sport and leisure attractions over the coming years.

For Chinese visitors, initiatives such as the Qatar China 2016 Year of Culture helped boost the profile of Arab states in domestic Chinese markets, with arrivals to Doha from Asia and Oceania totalling 342,976 in the first half of last year.