The Skytrax World Airline Awards feature the most acclaimed recognition within the industry that any airline can wish to win! As such the awards are commonly known by insiders as the “Oscars of the aviation industry”. Each airline knows that the annual announcement has become a truly worldwide benchmark of airline excellence.

Travellers across the planet take part each year in the world’s largest airline passenger satisfaction survey to determine the eventual winners. The Skytrax Survey and Awards Methodology is fully transparent, and the process remains 100% independent, meaning no payment or advertising by any airline takes place, nor is there any involvement of any other outside organizations, concerning any aspect of the customer survey or Awards presentation event.

So as every Perpetual Traveller wants to know, who are the winners, losers and shakers for 2017? Here below is the world’s Top 10: 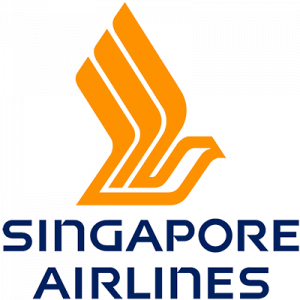 Destinations covered: Spanning a network spread over six continents
Fleet: 106 aircraft and of the youngest in the industry
Airline Group: Star Alliance
Airlineratings.com 2016 Safety Score: 7/7
Singapore Airlines is one of the most respected travel brands around the world. Flying one of the youngest aircraft fleets the Singapore Girl is an internationally-recognisable icon providing the high standards of care and service that customers have come to expect of Singapore Airlines.

3. ANA ALL NIPPON AIRWAYS up 2 places from 2016
Destinations covered: 72 international routes and 115 domestic routes
Fleet: 240 aircraft
Airline Group: Star Alliance
Airlineratings.com 2016 Safety Score: 7/7
Japanese carrier, ANA All Nippon Airways is the 13th largest airline in the world by revenues (2013). Founded in 1952, ANA flies on with a fleet of about ANA was the launch customer and biggest operator of the Boeing 787.

Destinations covered: Fly to over 140 destinations in more than 80 countries around the world.
Fleet: 230 aircraft only 2 types Triple 777 & S380
Airline Group: None Conduct own in-house programme called Skywards
Airlineratings.com 2016 Safety Score: 7/7
Founded in 1985 flying out of Dubai with just 2 aircraft, Emirates now has a fleet of more than 230 aircraft and the Emirates network is expanding constantly, with over 1,500 flights departing Dubai each week on their way to destinations on six continents.

7. LUFTHANSA up 3 places from 2016
Destinations covered: Huge global coverage to 6 continents
Fleet: 260 aircraft
Airline Group: Star Alliance
Airlineratings.com 2016 Safety Score: 7/7
Lufthansa is the largest German airline and combined with its subsidiaries, it is the largest airline in Europe. Lufthansa operates a fleet of over 260 aircraft including the Boeing 747-8, with the A350 joining the fleet later in 2016. Lufthansa is one of the founding members of Star Alliance.

9. HAINAN AIRLINES up 3 places from 2016
Destinations covered: China and international routes are expanding rapidly, the longest being 14 hours.
Fleet: 180 aircraft
Airline Group: Hainan Airlines is not part of any alliance yet
Airlineratings.com 2016 Safety Score: 7/7
Hainan Airlines is a privately owned airline, the fourth largest carrier in China. Celebrating its 24th anniversary in 2017, Hainan Airlines is the only Chinese mainland carrier to be ranked as a 5-Star Airline. The main international hub is Beijing Airport, other hubs being Chengdu, Chingqing, Changsha, Xi’an and Shangai. Hainan Airlines has a fleet of over 180 aircraft, including Boeing 787-9, Boeing 787-8, Boeing 767-300, Boeing 737-800, A330-200, A330-300, with a further 75 aircraft on order.

Summary
5 Star Alliance Airlines are featured in the Top 10, which suggests this Group rules the airways of our Planet, in addition to featuring more airline partners than any other Group.

3 Asian based Airlines are featured in the Top 5 and 2 Middle Eastern based Airlines. Only 1 European Airline is featured in the Top 10 and there are no American Airlines anywhere near the Top Group. This clearly demonstrates the general weakness and poor quality service that the populations of the Americas and Europe have to face, when it comes to air travel. This will come as no surprise to Perpetual Travellers,ز

Most of the American airlines and some European so arrogant to develop their services, instead of attacking the successful airlines around the world and try to make new rules to stop them or attack them in media let them develop their services and the way they deal with others, Since the benefit now not for them so they will complain and cry like a baby, the competition open and will not not give a chance to this kind of behaviors to survive for long time, because services will decide who will win in the end, and i think the golden question they should ask them self (Why our own people prefer to choose this airlines instead of our local airlines?)